We've assembled a team of researchers to visualize the various ways the earth may be constructed. 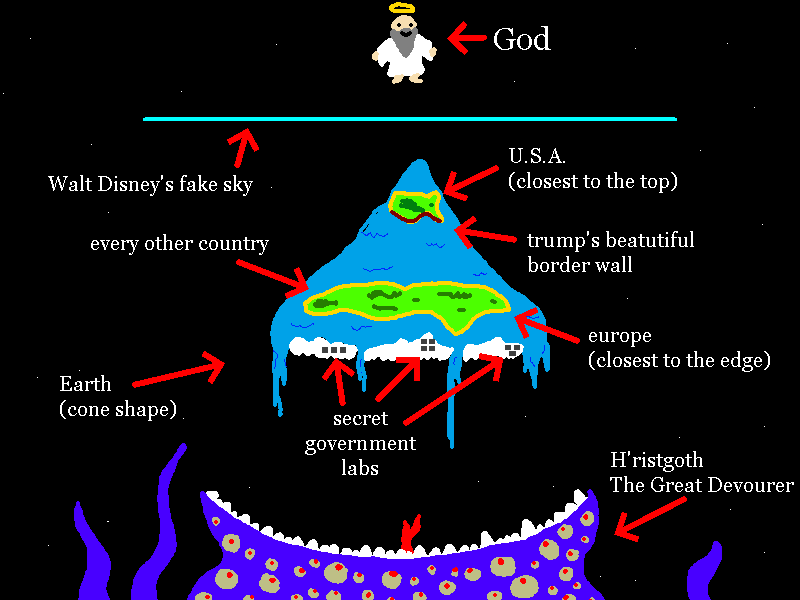 This earth is shaped like a cone, which leaves U.S.A. closest to the top, and nearest to god.

This is why Disney world is in Florida, for the sky hologram projector that prevents us from communicating with god. 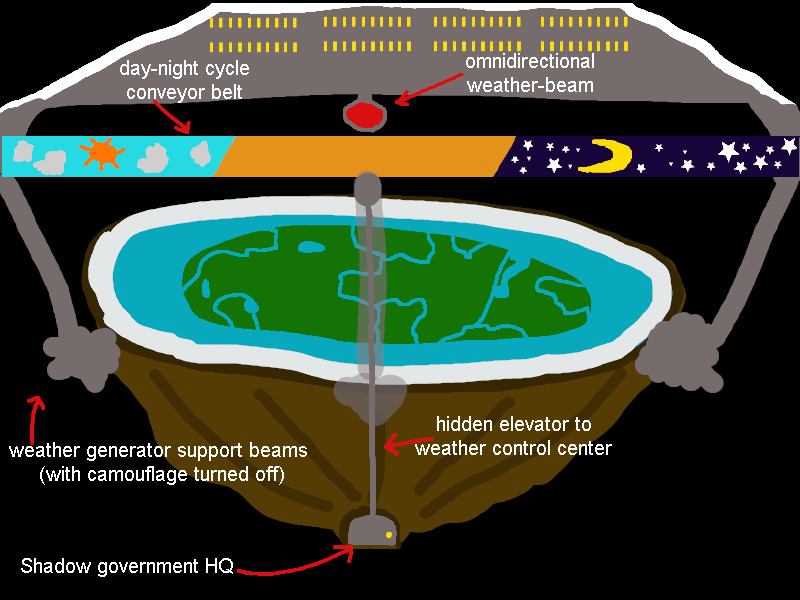 This flat earth provides an intricate peak into the inner workings of the world governments complex mechanical devices that control the sky and global warming. 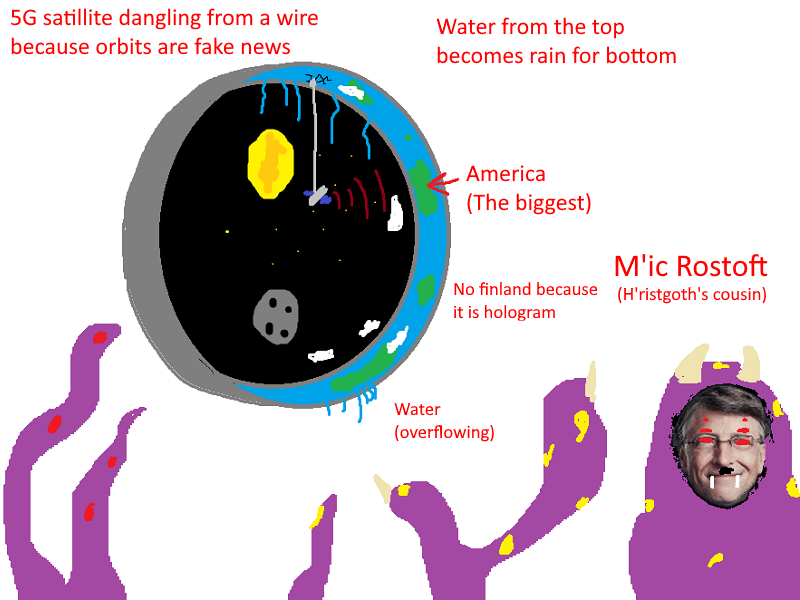 This actual model of how the world is was rubbed into our faces when bill gates released the halo video game franchise, which depicts exactly the same images as our sketch. 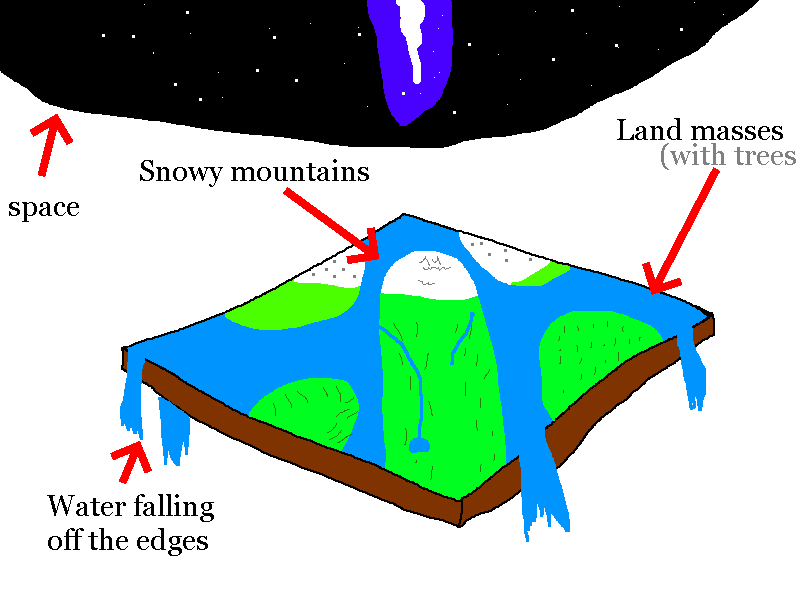 This cuboid earth was created because god liked squares 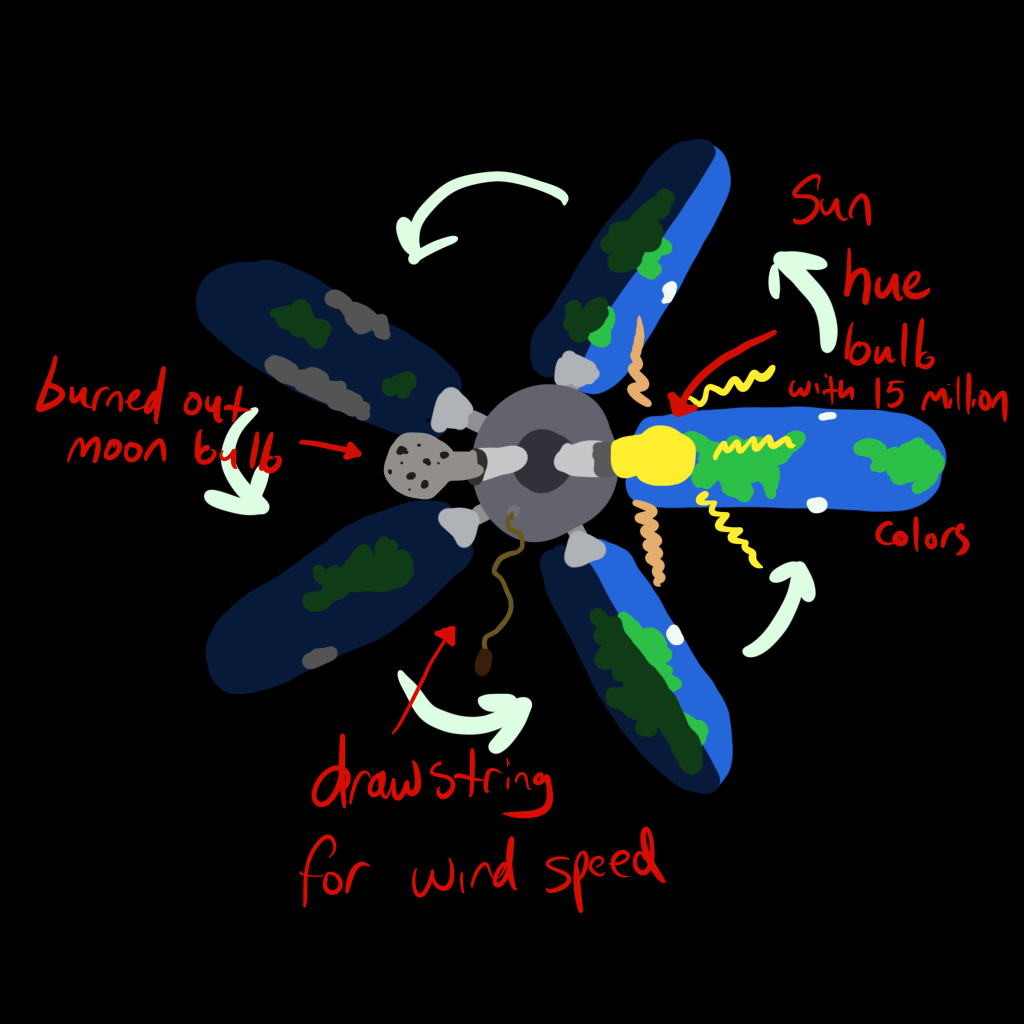 This model depicts earth as a ceiling fan, which accounts for all sorts of physics such as planetary orbits, day/night cycle, and the far reaching control of the New World Order controlling everything from the dusty undersides (uppersides?) of the world-blades.

Legend has it that your average joe used to be able to travel between blades on his own, before the government started chipping and brainwashing everyone. 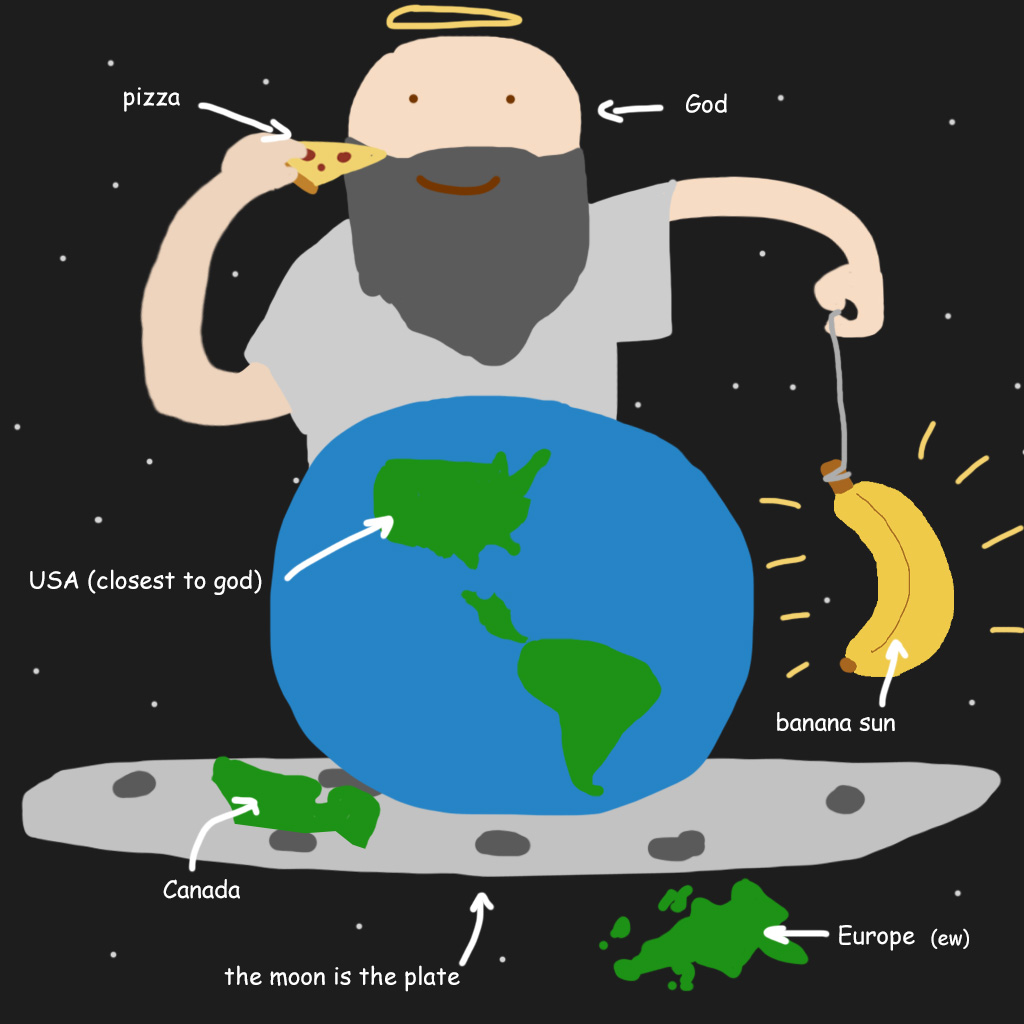 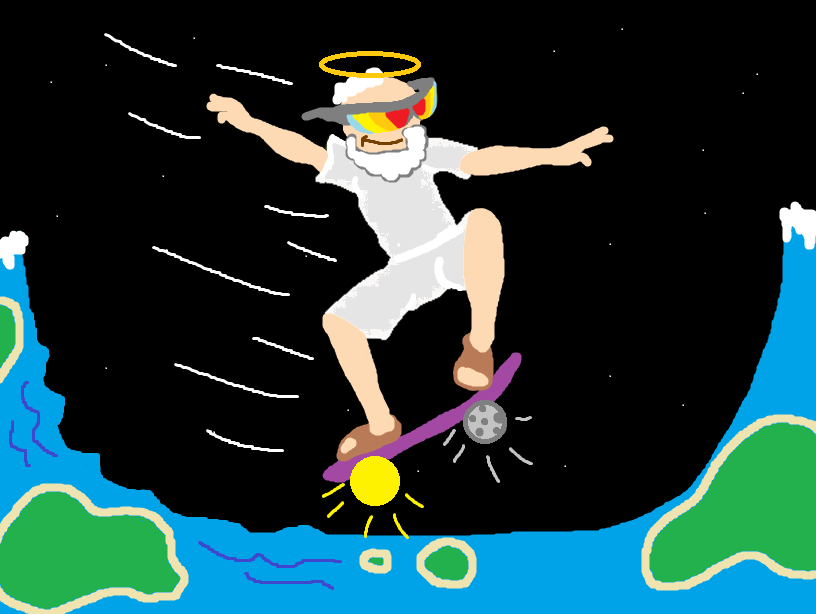 Explaining the irregularities of the day/night cycle over the seasons, this model depicts earth as a skate park bowl, with gods sick wheels shining light on the earth but in a cool way not like the teens that do drugs like nicotine vapes and monster at the skate park, he only drinks holy wine and the blood of sinners.

This earth shows a much more sensible model of how the sun orbits the earth without hitting the north/south poles during the winter/summer, and explains why it's so dark in paris for romantic movie scenes taking place at night time. 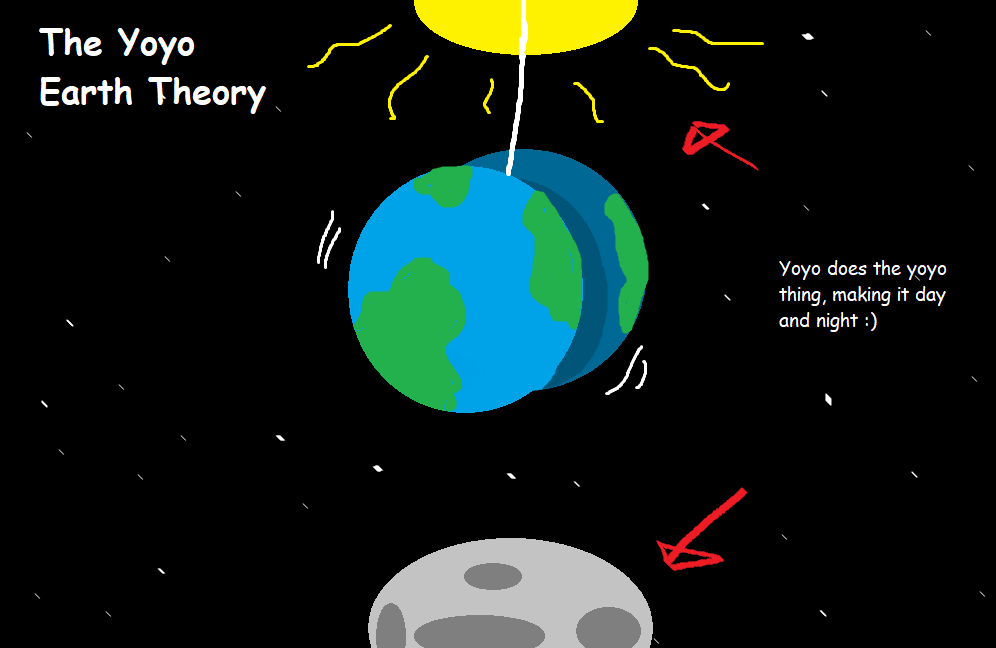 In a sense, the world government spinning this flat earth model literally has us all in the palm of their hand, toying with us as they see fit. 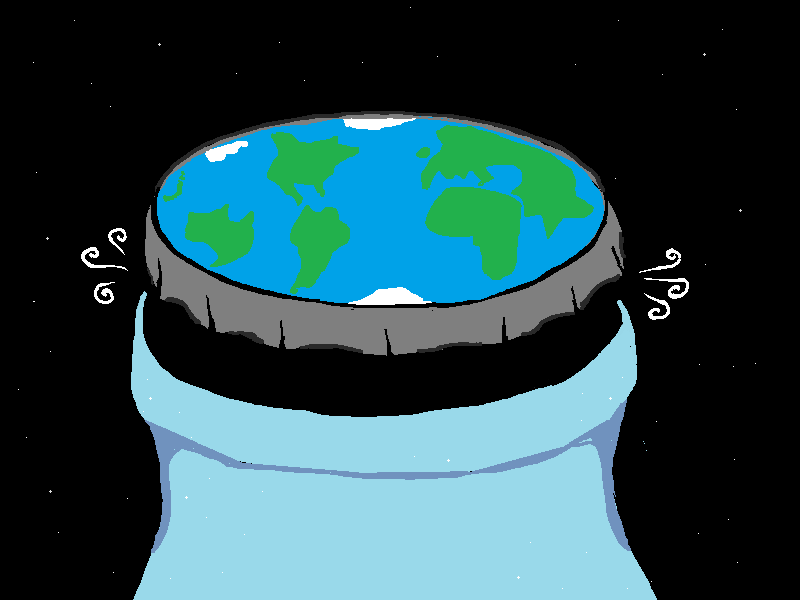 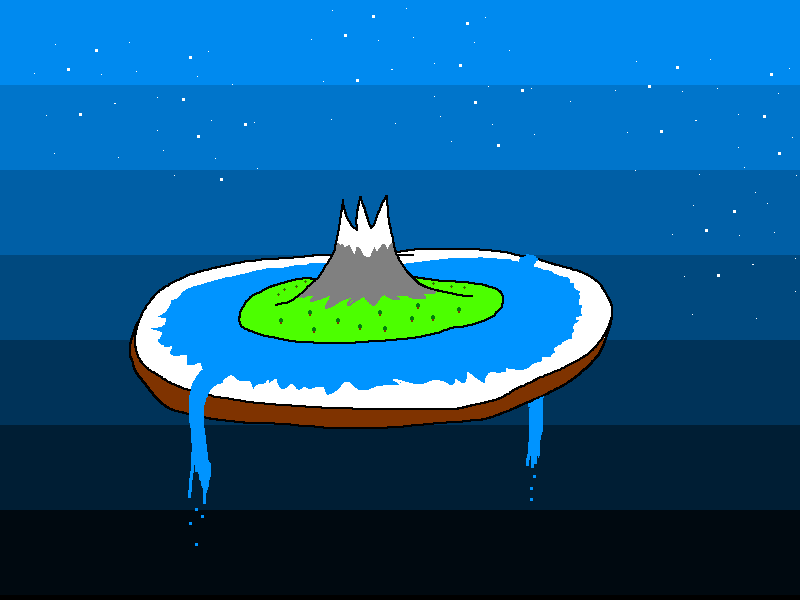 This earth was shaped like a pizza, and its possible god made pizza taste so good because he likes the shape. 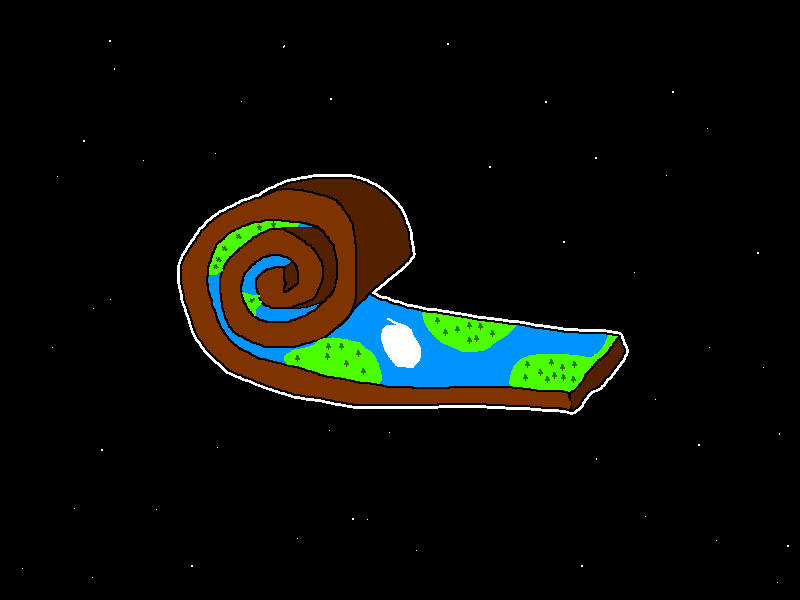 This earth resembles a "swiss roll" from little debbie.

This earth is actually on oversized vinyl record (made of not vinyl), which explains why clouds sometimes get long and skinny and a bunch of the in a row, just like record grooves. 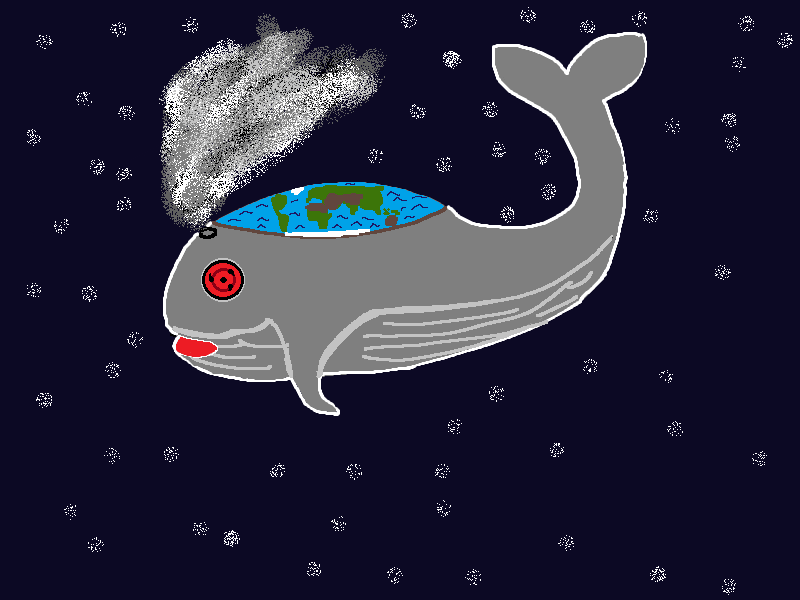 This space whale model is also able to explain where chem trails come from, from the giant whale spout. 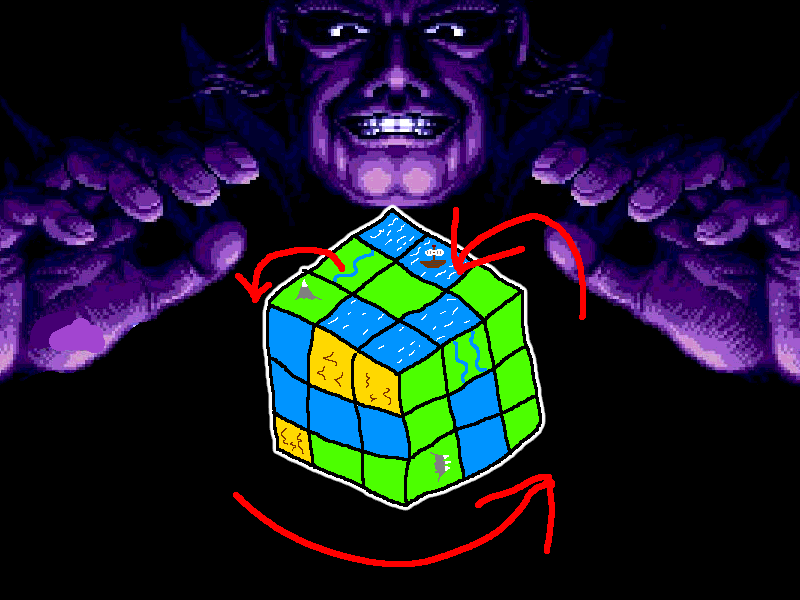 This earth resembles an american rubix cube, and explains how so many people get lost all the time on their way to work.

The government also developed google maps so that we would develop a dependency on it, then they update it when the world shuffles around. Since we all use it instead of remembering things, we no longer notice. 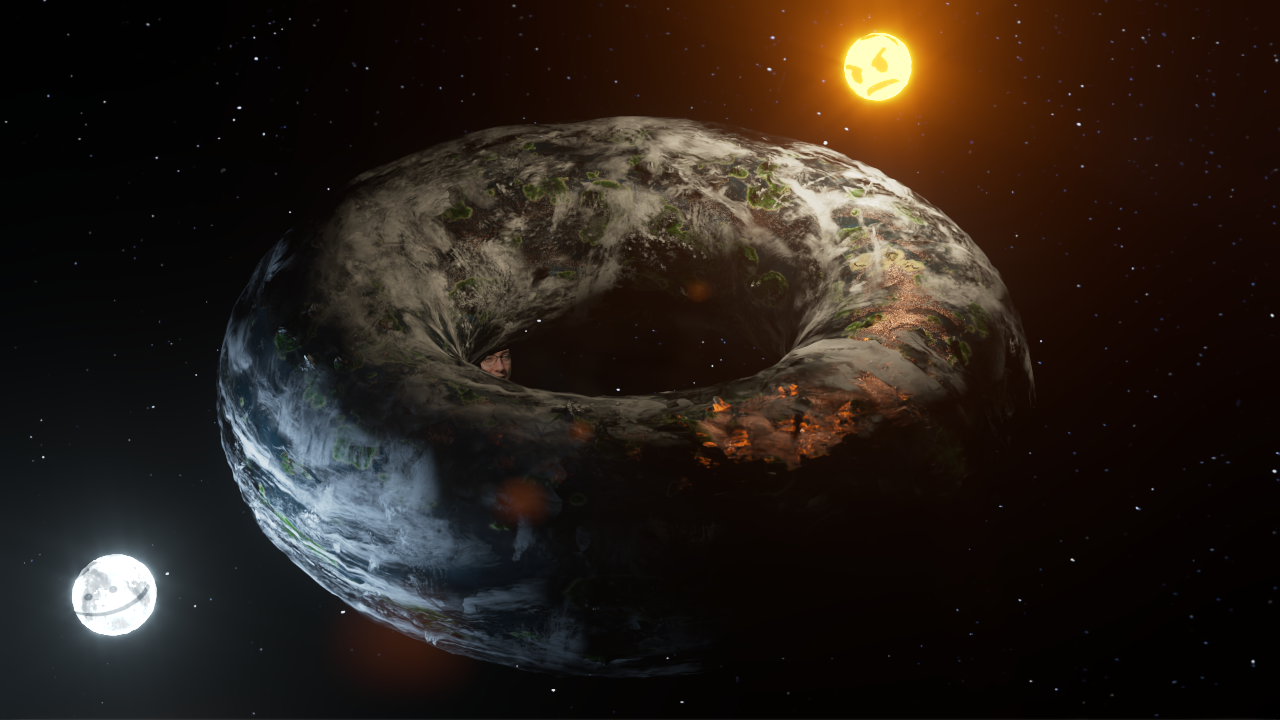 This flat earth is shaped like a torus, and explains the suns behavior as you move closer to the "poles" much better than the fake globe model. It also explains that the tower of babel was an attempt to create a space elevator across the hole.

Gravity in this model works because donuts are sticky because of the glazing, and the same applies to cereal. The real apocalyptic scenario is not climate change, but the earth-fruit-loop plunging into the galactic milk before god scoops us up and eats us for final judgement. 🥣😋 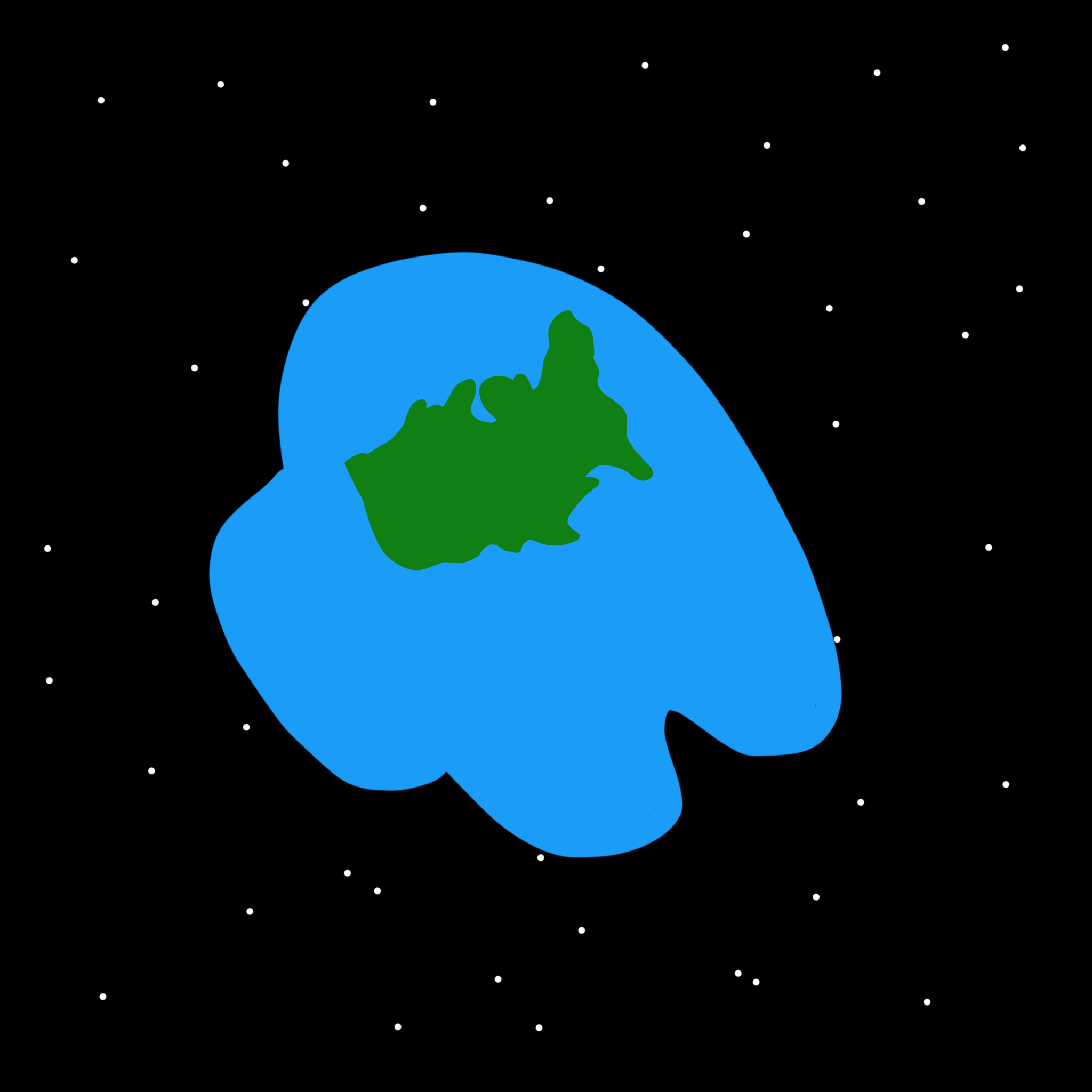 This flat earth is shapped like a puddle in the space assfault, which means the green grassy part would just be some fungus or something growing in harsh conditions, and the real cause of pollution and sea levels rising is from people dumping lukewarm diet coke out of their cars while driving past. 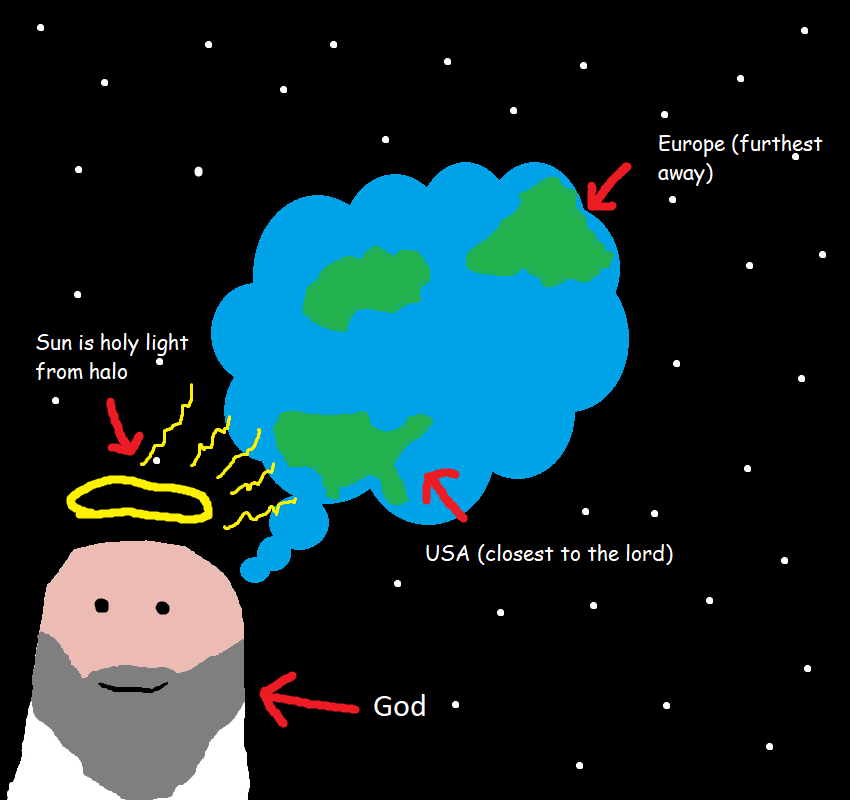 Similar to simulation models, this model depicts earth being inside of a "flat" thought bubble coming from gods mind, which explains several things.